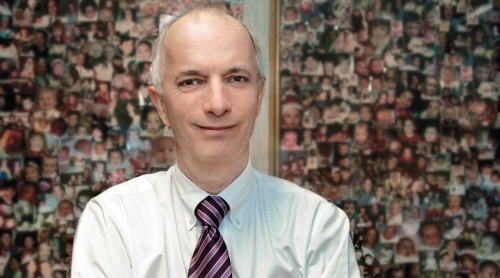 “Rick Scruggs went above and beyond to make sure I had the right insurance to look after my family and myself. It’s more than a business for him. He really cares.”
-Dr. Robertson

“There is nothing more exciting than bringing a baby into the world – what a privilege!” exclaims Dr. Michael S. Robertson of Women’s Health Services of Central Virginia.

A kind-hearted OB/GYN who has delivered more than 6,000 babies, Dr. Robertson always hoped he would not have to leave it behind too soon. Fortunately for him, his nurse practitioner wife Ruth and their four children, Rick Scruggs of Financial Designs had helped them plan for the unforeseen.

On February 15, 2014 the severe headache Dr. Robertson had endured for a few days became excruciating. Instead of traveling to Atlanta for their 31st wedding anniversary, Ruth rushed her husband to the emergency room. A CT scan confirmed their worst fears. A subdural hematoma was bleeding between the brain and inner membrane of the skull. Possible treatments included a craniotomy or burr holes, the neurosurgeon explained. Hematomas can be fatal or debilitating.

By 4 a.m. the next morning, Dr. Robertson’s condition had worsened. He was sent to UVA’s neurology treatment center. In the tense weeks ahead, Ruth and their adult children Caitlin, Adrienne, Devin and James gathered to be near him. With two kids in college and a grandchild on the way, it was a challenging time for all.

No one knew early on whether Dr. Robertson would be disabled and unable to work. Ruth contacted Financial Designs for guidance, support and preparation. Rick Scruggs and his team swung into action.

Two years earlier, the Robertsons had purchased long-term care and disability income insurance to prepare for the future or unexpected events.* Rick Scruggs kept the family well informed throughout the ordeal.

“Rick went above and beyond...I love Ruth dearly and he gave her a great deal of strength,” Robertson says. “He’s a wonderful guy and works very hard.”

What happened next was miraculous. The bleeding stopped. Dr. Robertson’s condition improved dramatically. He was discharged from rehab and was soon back at work, 100% functional, productive, and grateful.

“It’s not just a business with Rick,” adds Dr. Robertson. “He really cares.”

*These policies are issued by Massachusetts Mutual Life Insurance Company, Springfield, MA 01111. These policies have exclusions and limitations. For costs and complete details of coverage call MassMutual at 1-800-272-2216.

Back to Client Stories